I went to San Francisco about fourteen years ago with Chad, but maybe I was there another time since then. Honestly, I do not remember. I know, I'm awful. Chad has been to San Francisco at least five times for work and fun.

My favorite things about San Francisco on a previous trip (trips?), apart from what I consider to be MUCH nicer weather than Austin, was feeding coins to various antique amusement machines at the Musée Mécanique while it was still located in the basement of the Cliff House, seeing a Magritte exhibit at the San Francisco Museum of Modern Art, having amazing Viennese coffee at a little cafe and walking on the Golden Gate Bridge. Our friend from college, Jeffrey, served as tour guide on one of our previous trips, taking us around the Mission District and Castro neighborhoods. We also explored Haight-Ashbury which provided lots of chain stores, but little in the way of hippie nostalgia. We briefly hit Fisherman's Wharf and Pier 39, before getting the heck out of the tourist trap horde.

This trip to San Francisco was much shorter for me. With limited time of just over 48 hours, I only wanted to do and see things I had not previously experienced in the San Francisco area. After a pleasant direct flight from Austin to San Francisco aboard Virgin America, Chad and I checked in at the Hyatt Regency on Embarcadero around noon local time. We were prepared to drop our bags with the front desk, but our room was ready early. We were upgraded to the top floor of the hotel with a private balcony! Nice! No idea how we scored that perk. I loved the atrium style hotel with art deco design flourishes, and highly recommend it.

Our first stop after the hotel was just down the block at Ferry Building Market complete with its Saturday farmer's market on the plaza. Oh the blinding sun! Oh the teeming masses! Oh the yummy snacks! We got our requisite bread, fruit, cheese and nuts, quickly squirreling it back to our hotel balcony high above the masses for a private picnic.

We also needed showers, a costume change and rest before cabbing it to the Marrakech Magic Theater for a magic show. The magician, Peter Morrison, does some close-up magic and audience fact-finding-chit-chat in the "Sultan's Lounge" waiting area before the main show while the audience trickles in and enjoys drinks and appetizers. At showtime, groups are ushered into the intimate theatre space and strategically seated. Magician Morrison puts the audience at ease with his fun attitude, uncanny memory for individual details and winking delivery. My only complaint was that I wanted the show to last a bit longer.

Before retiring to some much-needed slumber back in our hotel room, Chad and I enjoyed that balcony and view again.

The next morning after a decadent room service breakfast, one of Chad's favorite things, we walked down Embarcadero to the Caltrain station past AT&T Park during a Giants baseball game. The vast majority of Giants fans were outfitted in full fan regalia of Giants merchandise bordering on Halloween costumes with all the orange & black and crazy accessories.

At the train station we caught the baby bullet train with limited stops out to San Jose to tour the beautifully bizarre Winchester Mystery House. Yes, it's a cheesy tourist trap, but I really wanted to see it. Sarah Winchester, heir to the massive Winchester fortune built a 160 room house with winding stairs, secret passages, doorways to nowhere and impressive architecture in an attempt to ward off evil entities. Our informative tour guide led us through 1.1 miles of meandering rooms explaining the history of the house and pointing out details. She, and other tour guides we overheard, seemed to be coached to give factual accounts and downplay any speculation as to Sarah Winchester's sanity or any hauntings. Sadly, it left the tour feeling a bit flat. Go explore the fancy-fun website for the Winchester Mystery House with its great photos and details, so you can skip the trip to San Jose.

We ate a quick meal at the Veggie Grill (like McDonald's for vegetarians & vegans). I liked the salads, which were awesome, but hated the vegan macaroni & cheez. That mess was not food. I think it was melted plastic. We glanced at the faux-quaint, touristy  part of San Jose before catching a grumpy cab back to the train station. Seriously, cab drivers should not complain about how they are losing money to traffic congestion as passengers watch the meter progress.  Unfortunately we missed the last baby bullet train with limited stops of the evening by two minutes, and nearly doubled our return trip time with twenty stops between San Jose and San Francisco.

Safely back in our hotel room we enjoyed the private balcony and view some more.

My last morning in San Francisco, we had yummy breakfast in the hotel restaurant before cabbing it to Presidio Park for the Walt Disney Family Museum and the Mary Blair exhibit. I particularly loved the Mary Blair exhibit about a female animator who worked with Walt Disney beginning in the 1930s on such films as Cinderella, Alice in Wonderland, Peter Pan and my personal favorite, Ichabod Crane and the Legend of Sleepy Hollow. I was pleasantly surprised by the Walt Disney Family Museum, which covered not only biographical details about Walt Disney, but also technical innovations made by Disney. I have new found appreciation and respect for Walt Disney: the man, the artist and the innovator.

I would have loved more time to explore Presidio Park, especially under the impressive cloak of fog that day, but we had to catch a cab (with a nice driver this time!) back to the hotel so I could grab my suitcase. Chad walked me to the train station, loaded my BART  fare card, and said goodbye to me amid the hustle, bustle and stink of the train station. (He had to go to important meetings and say important things for work for a few more days in San Francisco.) I wanted to grab his arm, and say, "I know I'm an adult, but do I really have to take this train by myself to the airport? Come with me, or at least take me back up to the surface streets and put me in a cab." I did my very best to KIT (Keep It Together) and walked through the gates to the train platform.

I hate subterranean trains by any name: subways, the tube, the underground. I'm a high-functioning claustrophobic, and I have trouble when confined underground. Add to the hot mess that I'm hurtling through unfamiliar territory surrounded by strangers, hoping that I'm headed in the right direction, and that I will reach my destination on time. My heart races. I have to work to regulate my breathing. After hopping the wrong train in the right direction, disembarking at a transfer station, I caught the correct train and made it to the airport to check in 45 minutes before my flight without having a full-fledged panic attack.

On my flight home sans Chad, I had mucho legroom (like I need it) in the "Cabin Select" section. In my defense, "Cabin Select" was the only ticket I could still get for the flight I wanted home when I bought my tickets. For $69 more than "Main Cabin", passengers get perks including one free checked bag, free drinks, free snacks, free in-flight movies & television shows and more legroom. I enjoyed a ginger ale while the tiny young lady next to me downed two beers and two, or maybe three, wines. Thanks to the gentlemanly flight attendant who politely advised her to drink some water and eat something, she did not get sick.

I arrived safely home for my last week of work at West Elm! (More on that later.)

To sum up: I hate subterranean trains and tourist horde. I love private balconies at high elevations. I'm so glad we went to the Walt Disney Family Museum. The magic show was fun. Don't go to San Jose unless you have to work there.

Well, Sure! If Money Were No Object...

Career coaches, life coaches, career counselors and eleventy bazillion self-help books pose the question, "If money were no object, what would you do with your time?"

Besides my obvious answers of take more naps, travel more, have more free time to read, support more charities and generally be fabulous? I would write. More than just the blog, I would write some fiction loosely (and by that, I mean totally) based on my experiences. I would also volunteer for an animal welfare nonprofit organization. Which I've done in the past, but totally burned out my energy level, and needed a long break from middle of the night kitten/puppy feedings and cleanings. I miss the fat tummies and contented sighs of fuzzy-babies. (I'm fully aware that my maternal instincts skew only towards felines and canines. I accept this about myself. Thank you very much.) However, I really value a good night of uninterrupted sleep as I get older.

One is expected to take the answer to this question and go pursue their passions. But money does matter, in a big, fluffy way. Plus, I don't have the hustle needed to land a book deal. (I accept this about myself too.) I've been rejected more than enough for one lifetime during my time as a professional actress going on long-shot auditions.

In my recent job search shenanigans, I realized that sometimes a person just needs a job that is better than their current job to stop spinning one's proverbial wheels. We can't all just run amok pursuing passions with no regard for financial reality. In my case, I need a stable source of income, predictable working hours (which make for predictable sleeping hours and having fun hours), a less frenzied working environment and a manager with more realistic expectations of project scope.

After working 4:00 AM to 10:00 AM a few days, which did not qualify for a lunch (or breakfast?) break, then working 3:00 AM to 8:00 AM a few days, only to turn around thirteen hours later to work 9:00 PM to 6:00 AM (which thankfully did qualify for whatever-meal-that-was break), just about any job is more stable and predictable than my current job. While I will genuinely miss many of the people I work with, I waved the white flag/cried "uncle"/gave notice on Saturday. It felt good.

I don't want to jinx the job that is in the works. Here is a tiny hint: as soon as all the "i"s are dotted and "t"s are crossed, I'll post some photos of my first windows.

And if the afore-hinted-at-job does not materialize, I might go back to school at the local community college and pursue my passion for my (truly terrible and trite) creative writing. 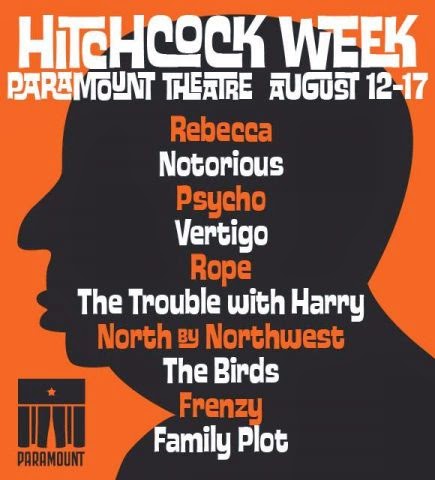