Are You THAT Jenn C.?

We all do internet searches for specific people from time to time, be they famous or just an acquaintance. Don't lie. Maybe it is poor manners to confront people with the findings. Maybe it is disarmingly charming to admit to trying to find out more about a person, and ask that person more about their life. In the past year, I experienced two instances of people admitting to searching out information about me with Google, or googling me.

In the first instance, a stage manager for a show in which I performed asked if I ever worked for a respected local judge. No, I never met, or worked for, that judge. The stage manager persisted, "then you're not the Jenn C. who accused Judge ---------- of sexual harassment?" Nope. Not me. The stage manager, still unsatisfied with this unproductive conversation said, "Well, she spells your full name just like you do, and goes by the same abbreviated nickname." I distinctly felt as if defending the good name of this judge ranked as a high priority on this stage manager's agenda, whether the judge harassed this other Jenn C. or not. I finally shut down the conversation by pointing out that Austin combined with the greater Austin metro area boasts a population of approximately 2.2 million people now. A few of us are bound to have the same first and last names, especially with a first name as common as Jennifer. What I left unsaid, but thought: calm down, and let me do my job here.

In the second instance, I stayed at a fancy, boutique hotel in small town. Upon check-in, a group of revelers made it a bit difficult for me to hear the employee at the hotel's front desk. One of the revelers, waved his arms and called out, "Jenn, over here." He looked in my direction, but called to a person in his group, apparently also named Jenn or Jen. The hotel employee jokingly asked if I needed help shaking my adoring fan and the paparazzi. I gave a courtesy laugh, and politely declined.

The next day, I bumped into the same hotel employee in the lobby. He smiled knowingly, and asked in a hushed tone, "Ms. C-----, are you the Jennifer C----- that is the life coach?" I replied no with what I hope was a look of bemused surprise. "We googled you," he admitted. I explained that my very minor claim to fame/infamy involves work as a featured extra in a few films and television shows, and as an Austin stage actress. He seemed a bit deflated. Maybe he liked this life coach's website, and was sad to find that we were not one and the same person.

Later, Chad and I joked that a life coach is the last thing I would ever be for a profession. I do not have much of anything figured out, and am the last person to presume to be capable of coaching others. You do you while I be me.

I'm going to be me over here, away from you, if you admit to googling me.

Are you flattered, alarmed, suspicious or amused when an acquaintance admits to googling you? How does that make you feel?

Here's a sample of my favorite recent Instagrams: 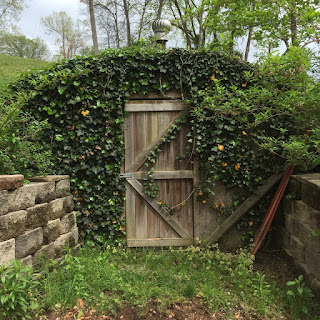 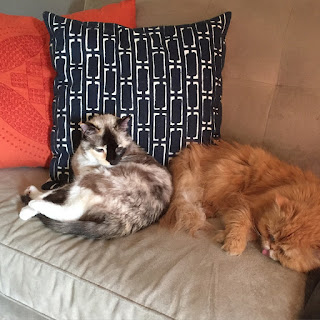 Kenji and Marigold  hog the sofa for naps. 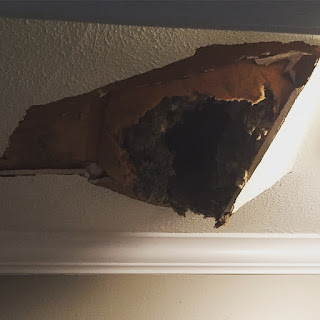 We recently got new air conditioning ducts at the 1952 House. A young workman put his knee through the ceiling. He was unharmed. Then he wiped his muddy boots on our living room rug. I left the house before he was harmed for that lack of manners and common courtesy. 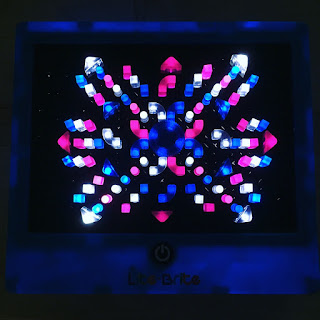 I never had a Lite-Brite as a child, despite wanting one pretty desperately. Chad corrected this situation one Christmas. Now I create themed Lite-Brite images. While not exactly red, white and blue, you get the idea for this Memorial Day meditation. 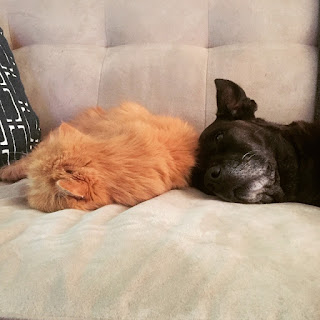 Janie likes to press her big, lumpy head against Marigold for naps. With all of the elderly pets napping on the fancy Mitchell Gold sofa, Chad and I rarely sit on said sofa.