The Most Terrifying Haunted Barn

Tis the season for all things ghostly, ghastly and terrifying. Even at church. Or at a church function. 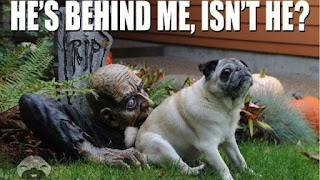 I was in the fifth grade. My family attended a large church in the Birmingham, Alabama area. My dad volunteered in the Evangelical Outreach mission in the church and also taught a young adult Sunday school class. My mom worked as a secretary for the Minister of Music at our church.

Our church was a wealthy one. The church had recently bought a multi-acre parcel of land that featured day camp grounds, a large bunk house for retreats, a big swimming pool, giant picnic pavilions and a stable without any horses. (My church was wealthy, but not wealthy enough for horses. They had some sense of decorum when it came to spending church funds.)

During the fall season our church usually held a Halloween carnival at the recreation center on the Friday before Halloween for families with young children. There was a costume contest, carnival games with cheap plastic prizes, bobbing for apples, refreshments such as mini-donuts hot from the fryer, popcorn, corndogs, candy and orange drink (it was orange colored and tasted like sugar water with a hint of acidity).

When the church bought the "camp" which was located within a thirty-minute drive of town, they started hosting the Halloween carnival at the camp, with the addition of hayrides and a haunted house in the horseless stables.

My dad had a younger friend at church named Warren. Warren and my dad met in the Evangelical Outreach program. They thought each other to be hilariously funny in their little mutual admiration society. My dad and Warren had been largely responsible for the haunted barn. They had kept the details top secret even from me, or maybe especially from me.

Here's some background information to consider about my dad. My mom was (and still is) deathly afraid of snakes. There are no beneficial snakes or harmless snakes as far as my mom is concerned. There are only "kill it now" snakes according to Mom. One day my mom was taking a nap after work. My dad and I found a tiny garter snake in our yard. Dad bribed me with candy to carry the little snake into my sleeping mother's bedroom and wake her up while dangling it over her face. I believe you can still hear the echos of her screaming in that neighborhood. Another example: My dad knew I suffered from motion sickness as a child. Yet whenever we went to the park with the tire swing, he'd push and whip the tire swing mercilessly with me in it as I screeched for him to stop. I know this led to projectile vomiting in at least two instances. My dad had a bit of a mean prankster streak under the Sunday school teacher facade.

So I'm at the Halloween carnival at the fancy church camp in the fifth grade. My mom's boss had a daughter that was my same age named Kim. Kim sported an impish face with freckles and a bucktoothed smile. She had reddish brown hair that stuck out at odd angles from her scalp. Kim never liked me for whatever reason. Kim saw me in line for the hayride and sidled up to me. She said, "I do not want to be you tonight."

She rolled her eyes and snorted, "No! But especially I don't want to be you tonight."

I shrugged. "Okay." I tried to think of somewhere else to be, but didn't want to lose my place in line for the hayride.

Seeing that she had me more-or-less captive, Kim smiled like a cat who swallowed a canary. She continued, "I especially don't want to be you tonight, because when you go through the haunted barn tonight, Warren and your dad are going to grab you and not let you out."

This information seemed plausible based on what I knew about my dad and Warren and their synergy. So I looked at Kim with wide eyes. She knew she had me hooked. I said, "What? Why?"

Kim spun her tale. "They are going to make this big deal out of counting everyone on the way in, and then counting everyone again on the way out. They're going to say eight people went in, but only seven people made it out alive. Warren is going to tie you up, and hide you in the back of the barn. He's not going to let you out until the end of the night." Then Kim threw her head back and let out a practiced and perfected villainous laugh.

Kim saw from my wide-eyed look of terror that she could milk this moment for even more hilarity. She delivered the final insult. "I bet you're too scared to go now."

I couldn't back down from this bully, who also happened to be the child of my mom's boss. So I stayed in line for the hayride that would deliver me to the haunted barn. Kim stayed right there with me. Once aboard the hayride, we ascended the hill to the horseless stables, a.k.a. the haunted barn. I felt like I was going up the hill on a roller coaster, soon to plummet into sheer oblivion. I kept thinking about what Kim said. I kept thinking how likely the scenario was to play out just as Kim described it. My pulse quickened with palpable fear. People climbed off of the hayride to wait in line for the haunted barn. Kim relished my growing anxiety. My turn to enter the haunted barn grew nearer and nearer. I finally turned around and said to Kim in defeat, "I'm not going in there."

Kim clapped in delight and stamped her feet devilishly. As I tried to get back on the departing hayride to leave, Kim grabbed me by the arm. She tried to drag me into the haunted barn. That kid was strong! I yelled "no, no, no, no. no" with increasing volume. Kim cackled, tightened her grip on my arm and pushed me harder. I realized I couldn't out-muscle Kim. I went limp and dropped to the ground like a sack of potatoes. She didn't want to topple over with me, so she let go. Finally free from my tormentor. I ran down the hill in the dark night back to the picnic pavilion where other people were oblivious to my fright.

Later that night my mother asked why I made "such a hysterical scene with all the screaming" at the haunted barn. Word travels fast at big, snooty churches. I tried to tell my mom about what Kim had said, and how I believed her. My mom wouldn't hear a word against her boss's child. My mom said that I embarrassed her and the whole family with my "ridiculous behavior".

A little later that night my dad pulled me into a half hug at his side and said with a mischievous grin, "Warren and I missed you in the haunted barn. We kept looking for you."

The most terrifying haunted barn was one that I never dared to set foot inside.

Also, if your child tells you they are being bullied or harassed, please hear them out. Kim continued to torment me until my family moved halfway across the country a year later.

Hey Kim, if you're out there: 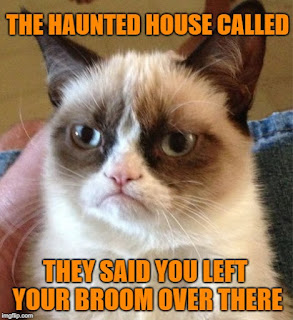