Three Days Off Both Paid Jobs!

I had three days off in a row from my retail job and my acting job this Memorial Day weekend. It was awesome. A girl could get used to that whole sleeping late, not studying scripts and not going to work routine. I read a magazine and started a book. Crazy party girl, that's me!

I did not paint my nails, which only happens a few times a year in response to insomnia or extreme boredom. I also did not paint any walls in the house. Maybe these luxurious projects can happen next time I have three days off in a row from both of my paid jobs. Place your bets now as to when that might happen!

I had a nasty stomach bug this week. According to my friend from work, Nurse* Sabrina, if it's coming out both ends, it's food-poisoning. If it's only coming out one end, it's a stomach bug. I had to text my make-it-pretty boss-lady at 5:45 A.M. Wednesday that I'd be out sick. I was seriously sad to miss a make-it-pretty shift, but would have gladly missed a sales shift.

Wednesday I had six rounds of stomach bug symptoms and four naps. It was pretty miserable, but a darn fine excuse to eat nothing but mashed potatoes for dinner. I felt a bit achy and weak the next day at work as I hauled thirty pound shelves up a twelve foot ladder.

Chad did not get sick. He has a stomach of iron. According to Chad, he, "eats stomach bugs for breakfast," with no ill effects. Lucky.

*Nurse Sabrina is not actually a nurse. I assign the nickname Nurse to anyone from whom I glean medical information. It makes everything a tad more legit in my mind.
Posted by Jenn C. at 1:55 PM

Let's Talk About My Ennui

I now work thirty seven hours a week on average at that retail place. Pretty sneaky how they don't give me a full forty hours, so they don't have to give me any benefits. Employees are dropping like flies at that retail place. There was a mass exodus of five different managers over the past six months. Only the poor, pitiful, beat-down store manager remains with a few new managers who are still struggling to find their footing. About six weeks ago, I gave my two week notice that I wanted the heck out of Crazytown. (Crazytown referring to that retail place.) After some wailing, gnashing of teeth and negotiating, I was persuaded to stay in Crazytown with the understanding that I would work visual merchandising (a.k.a. the make it pretty team), and help with sales "once in a while". I currently spend about two-thirds of my work week doing sales (Heaven help me, how I loathe working sales) and about one-third of my work week making it pretty. This is not cool, and not what I bargained for.

I'm so tired from my physically and emotionally intensive workplace, that I have little energy for housekeeping, grocery shopping, pet care and general fun-having.

My sweet husband, Chad runs his own successful business. It takes many, many hours of work each week. I feel terrible asking Mr. Workerbee (a.k.a. Chad) to do chores or pet care beyond walking our sweet, pesky dog. He also has very little free time, and very little energy to spare.

Austin has too much traffic and too many people. Sometimes I feel a tendency to become a very happy shut-in, until I remember that I don't really like to cook. I need to get out to restaurants and salad bars, because we can not live on Luna bars alone.

I love my four pets, and am so happy they are healthy and still with me. However, there are too many pets and not enough of me to give them all the attention and care that they deserve. Of course, I'm keeping them! Friends for life, and all that!

I tried to arrange a monthly outing for the friends I wish I saw more. The first outing drew five people out of twelve invited. The second outing drew three people out of eleven invited. The third outing drew me and only me. I felt like a jerk trying to reserve a table for five at a not-very-busy restaurant, sending texts of the where-are-you variety and leaving in defeat after it was clear that no one else could attend, and that the server wanted me out of there. So I stopped arranging the monthly outing. I got one email wanting to know if I would revive the monthly outing, to which I replied, "Nope, but you go ahead and try. Good luck."

In short, I am running with the rats in this crazy race. I am tired. I should be enjoying my many blessings, but I don't have enough time or energy. I think many of my friends are in the same boat. I'm crunching numbers and brainstorming on how to make day to day life better. Send me happy thoughts.

Wishing you peace, prosperity and enough time to enjoy your life. 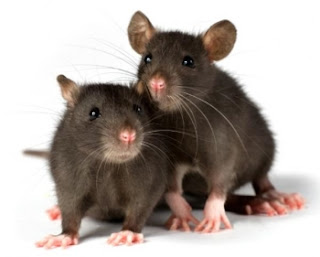 Saturday I led a workshop on flower arranging along with other members of the make-it-pretty-team at my retail job. We referenced The Flower Recipe Book, and used peonies, carnations (a lovely & much under-appreciated flower), Bells of Ireland along with pink and green berry sprays. The berry sprays for the store's bouquet got swiped by class participants, but I promise they were pretty. 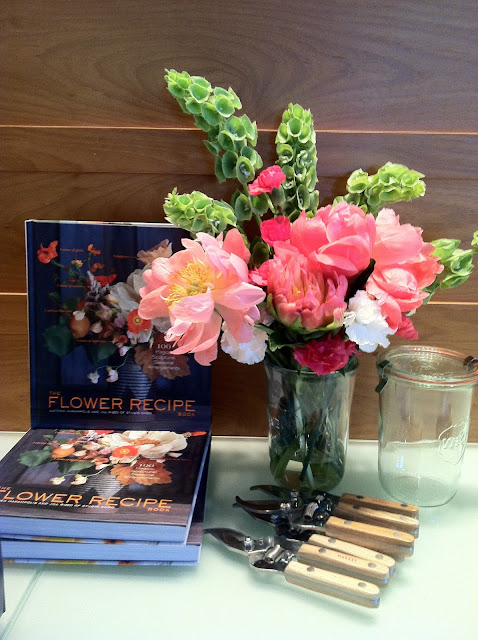 Workshop participants went home with their own floral arrangements, a cute Weck jar, pruners and a copy of The Flower Recipe Book. I must say that each arrangement was prettier than the next!

I made a window display for the gardening supplies and plants sold at my retail job. You need fancy hoses? We got 'em. 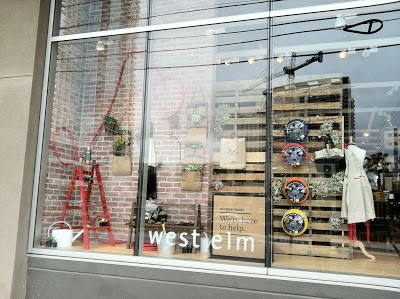 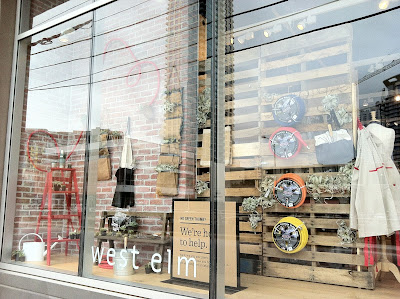 Click on the photos to make them bigger. Apologies for the reflections of the window.