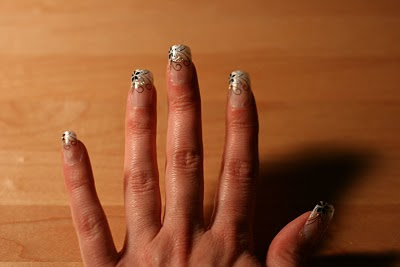 Much of my life as an actress is not at all glamorous. Tonight's peak behind-the-scenes found me in the greenroom gluing on fake nails for tonight's dinner mystery show while running lines with my fellow-actors. I rocked those nails during the show, and will rock them for a few more days as that glue is strong! Classy, right?

The Dave & Buster's showroom may not be Broadway, but I had a blast helping the audience celebrate New Year's Eve. I've never gotten so many hugs after a show. Thanks to all who came out! I'm so blessed to get paid for doing what I love!