Five Tidbits from a Mini-Family-Reunion

Brenham, Texas sits halfway between Dickinson, Texas and Austin, Texas. That's the reason my cousin, who lives in Dickinson, and I chose to meet there for lunch with my aunt (his mom) and our shared grandma who are visiting from Arkansas. I don't get to see my relatives often. My sister's family and my mom live in North Carolina. (I never lived in North Carolina, so it's not going "home" when I visit them.) As mentioned, my aunt and grandma live in Arkansas. My uncle lives in Wisconsin. I have a cousin living in Florida. Like many modern families, we are a mobile bunch, untethered to any common hometown. I'm thankful that I got to spend time with part of my family this week.


1. While admiring an antique fire engine display near Brenham's town square, my grandma (a.k.a. Mimi) said to me, "When I was little, I thought fire trucks went around to people's houses starting fires. I hoped that they wouldn't come to my house." She shrugged and grinned. I gave a half-giggle with a bright sunny smile and responded, "That's kind of terrifying." 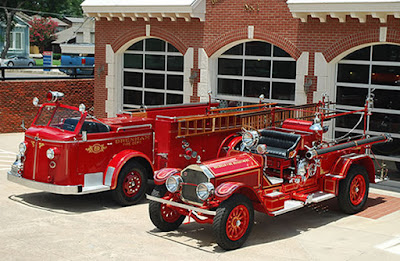 2. Brenham is the home of Blue Bell Ice Cream. In 2015 there was a heart-breaking listeria outbreak that resulted in illness, deaths and a temporary factory shutdown. During lunch I said quietly to my cousin, "You know how in Ireland you don't joke about the potato famine, or even really bring it up? I feel like you don't talk about the Blue Bell troubles here in Brenham." My cousin replied in his deep, naturally resonating voice, maybe a bit too loudly, "Oh, that e-coli or listeria thing?" I glanced around nervously to make sure the locals weren't giving us mean looks or grabbing pitchforks before nodding in confirmation. 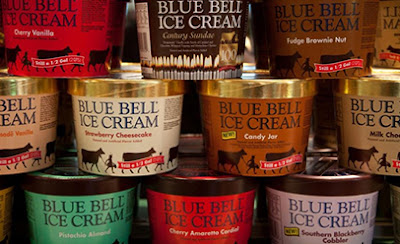 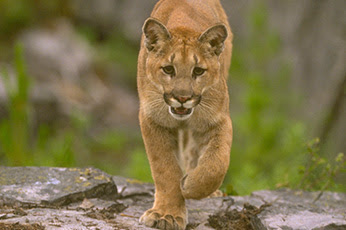 4. There are numerous antique stores in Brenham. Because I toiled too long in retail jobs, I personally don't love shopping as a hobby or activity. I don't have a refined appreciation for dusty, rusty antiques. I don't need more stuff to clutter up my cozy, mid-century, bungalow-style home. However, my aunt appreciates antiques, and enjoyed shopping while I enjoyed sitting outside on sunny benches with Mimi chatting. We all marveled at the architecture of historic downtown Brenham. 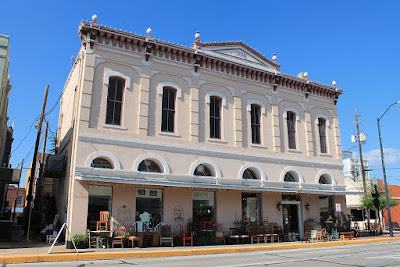 5. Having never seen the flowers in real life until her trip down to Texas this week, my aunt announced that she loves bluebonnets. She delighted in up close encounters with the blooms as we walked around Brenham. 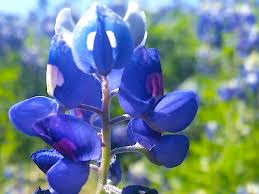