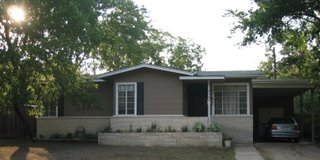 On May 19, 2006, Chad and I became first time homeowners of this darling house that needs a lot of love. I like to think we saved the house from its previous, dreaded "rental house" status and from a series of opportunistic house-flippers.

I have grown oh-so-weary of painting, cleaning and arranging for now. Time to post some before and after pictures so I can reflect on the progress Chad & I have made this summer. Maybe it will provide motivation to paint that last room!

The Dining Area
Before - note the icky yellow walls and yucky curtains. 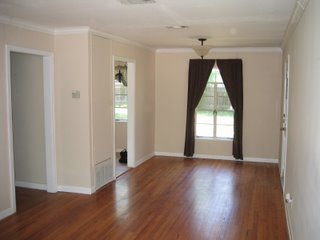 After - alive with color and kitsch! 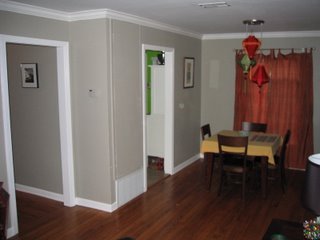 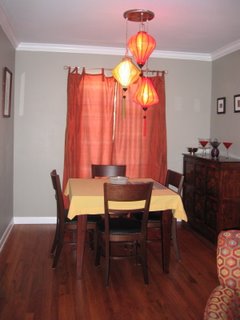 I love this cabinet. Yes, I would marry it if I wasn't already married to Chad. 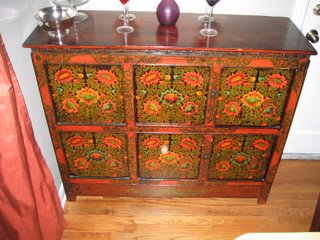 The Living Room
Before - the crown trim had this icky yellow sealant all around every room. It HAD to be painted! 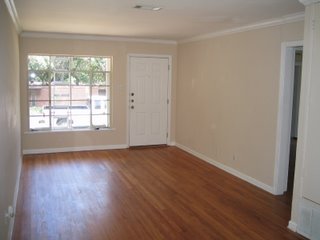 After - some color and furniture help. 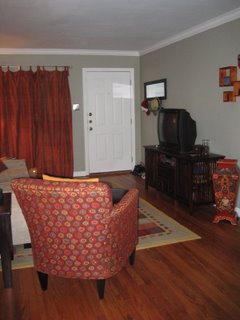 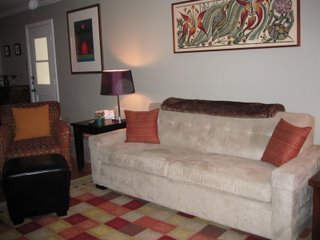 The Kitchen
Before - not my favorite counter tops or flooring, but we chose to keep it out of budgetary and environmental concerns. 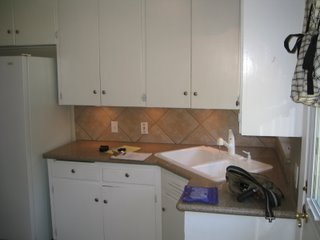 Again with the granny window treatments. (Actually, my grandma, Louise, has much better taste than this!) The pot rack is so 1985. We donated the pot rack to Habitat for Humanity in hopes that someone will use it. 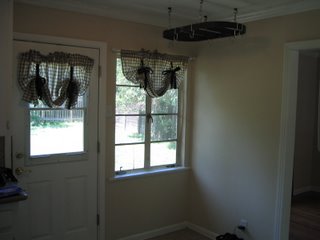 During - the kitchen was the default, messy paint room for a while. Poor kitchen... 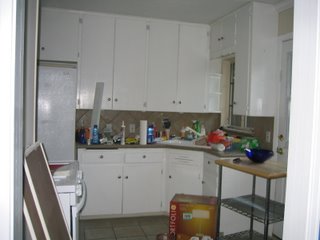 After - yes, the walls do glow with an alarmingly radioactive intensity, but Chad really loves the color. I've come to accept it. The white appliances and white cabinets help to diffuse some of the glow. 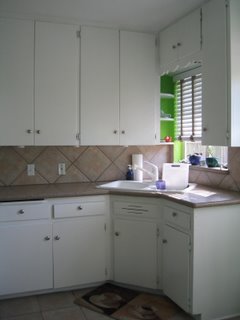 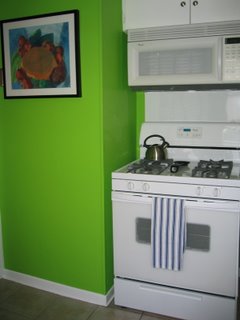 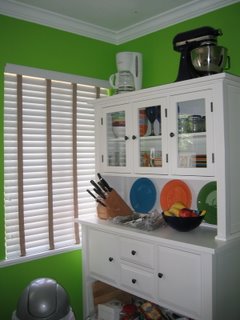 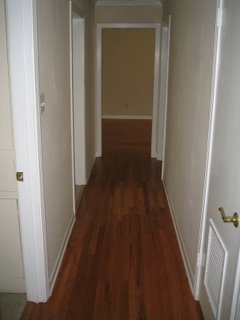 After - much nicer color. We used a sand texture paint to hide the ceiling cracks. We chose to hang our black and white photography in the hallway. I found this great rug that magically matches all the colors in the house and that is long enough for the hallway. The Bathroom
Chad and I lived in a posh condo for just over a year before we bought this house. The condo had two and a half bathrooms. Yes, two and a half! I had my own pristine, pretty bathroom. Chad had his own messy, utilitarian bathroom. Guests had their own cute half-bath on the main level. Unfortunately, our 1952 house only has one small bathroom. Gasp! I decided that if we could only have one bathroom, it needed some beautifying. 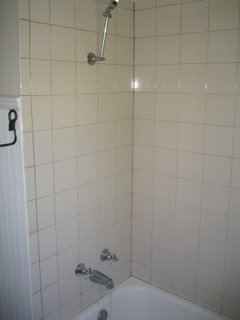 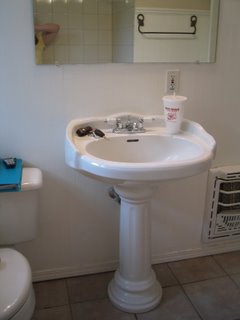 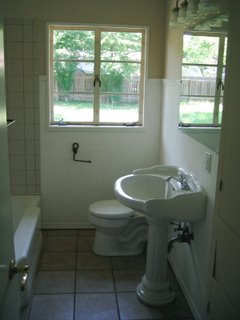 After - so much better. Chad picked out the sink and vanity. I picked the wall color. I think it works. No more rust! We still have to install the tin-tile ceiling to hide all the cracks. 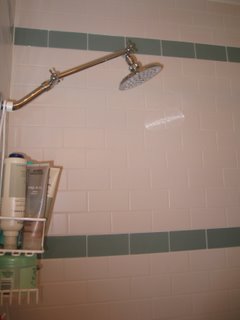 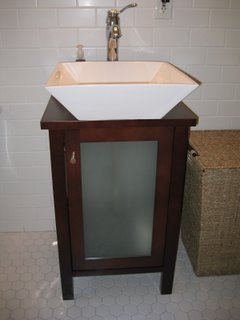 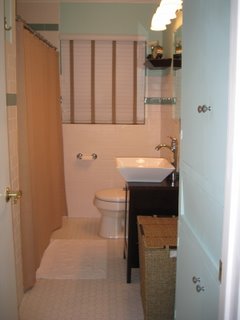