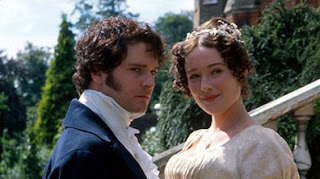 I've always thought of myself as quite a Britophile, someone smitten with all things Britian. I love (most) British literature, the idea of cool rainy days, lush landscapes, history stretching back more than the American timeline, amazing architecture, BBC mysteries, BBC costume dramas, BBC's Top Gear...

After many years of loving British culture from afar, Chad and I finally got to go to London. Chad went to London ahead of me for a week of work. That week was hot and sunny, reaching 85 degrees Fahrenheit most days. Chad told me not to bring a jacket or coat. Luckily, I checked the weather forecast, and packed somewhat appropriately for our week of vacation together in London. That week was suddenly fall with drippy, sometimes driving, rains and temperatures that hovered around 57 degrees Fahrenheit each day.

At first, I loved the cool, damp weather, but soon tired of always feeling damp and chilled. I gave up  fighting the frizz that was my hair after trying some of Chad's hair shellac, and finding that not even that paste could calm my wiry mess. I know this sounds shallow, but it's hard to enjoy yourself when every time you catch sight of your reflection you think, "Ick. What is happening with my hair?"

Upon my sleep-deprived, jet-lagged arrival to Heathrow airport, I caught the Heathrow Express, a very fast train, to Paddington Station where I caught a cab to our hotel. Planes, trains and automobiles? Yes. Paddington Station was charming in a well-maintained historical-looking way. My cab driver was everything I could have hoped for: a nice, chatty man who pointed out every neighborhood, landmark, building and bridge of interest. He seemed really pleasantly surprised when I tipped him 15%, saying, "Ya shore?" (Translation: Are you sure?) Frommer's London guidebook advised tipping cab drivers 10 - 15%, and I would have tipped 20% in America for a much less enjoyable & informative trip.

Finally at the London hotel 18 hours after leaving home in Austin, I was so happy to claim a room key, looking forward to a shower and a quick nap. Chad was still at work, but kindly left a welcome note and little bouquet of pink roses in the hotel room for me. We stayed at a "serviced apartment" in south London in a cute neighborhood with little parks, a Sainsbury's Local mini-grocery store, coffee shop and pubs just down the street. Our serviced apartment was super-affordable (seriously!) compared to London hotels. It had a kitchenette, separate living area and a huge window that opened for fresh air. And we needed that window, because the room had a smell like rancid kimchee, or maybe ancient evil. The bathroom was clean, modern and cute, but this rotten smell that seemed to emanate from the drains and toilet permeated the whole apartment. The apartment also had motion-sensor activated lights. Every time you walked into an area, a stunning (not in a good way, in a literally stunning way) array of halogen bulbs lit up. Chad said it took him days to figure out how to operate the lights. You had to click the switch twice in rapid succession to turn each light off, or hold the switch down to dim each light. The lights in the bathroom would turn off mid-shower because the motion sensor was over the sink, not over the shower. All the cabinets and drawers lacked handles or knobs, and had to be "bounced" open at the corner. If you pressed too long, the cabinet or drawer stayed closed. But if you jabbed very quickly, the cabinet or drawer would pop open. It required much finessing and led to much frustration. The bed was a glorified futon: a thin mattress on slats very near to the floor. The bedding was a flat sheet tucked around the mattress and a duvet. Um. Yeah. I'm accustomed to a fitted sheet, a flat sheet and then a duvet. The pillows were overly firm, like a sack of concrete powder. Two pillows were too high, one pillow was too low -- there was no "just right" about the bedding or pillows. In summary of the apartment, not user-friendly, but SO CHEAP compared to central London hotels.

I was fairly exhausted by the time Chad arrived at our temporary digs after work. We walked down the street to a crowded pub, The Woolpack, and had a drink in "the garden" which is local-speak for back patio. We walked up the street to a Mediterranean restaurant, Del Aziz, for a delicious dinner of Greek vegetarian food. By this time, it was approaching proper London bedtime. Chad slept like a baby for nearly twelve hours, but I awoke at local time 3:00 AM for a snack and two hours of reading before I could go back to sleep. It sounds like a humblebrag* to fuss about jet-lag, but it is a seriously sleep-depriving situation.

*humblebrag as defined by urban dictionary: Subtly letting others know about how fantastic your life is while undercutting it with a bit of self-effacing humor or "woe is me" gloss.